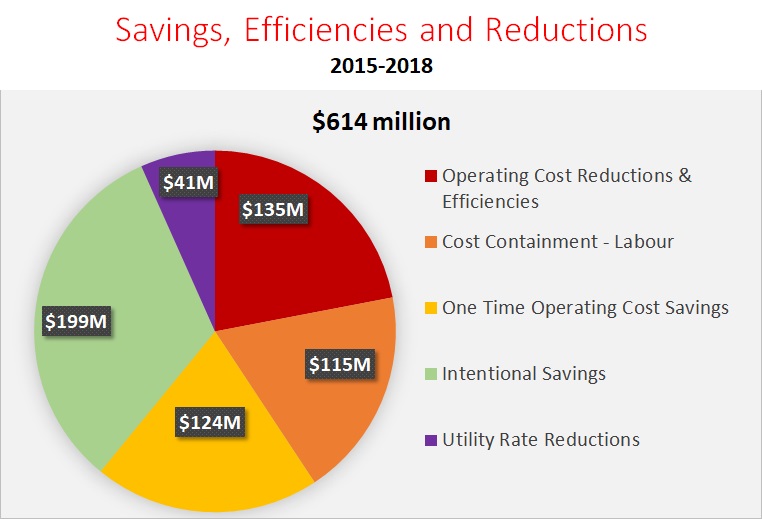 The City of Calgary is taking action to support Calgary's economy, keep Calgarians working, and reduce the cost of local government. Under Council direction, Administration has achieved significant savings and has provided notable benefits to Calgarians through the intentional management of The City's financial position under the Leadership Strategic Plan: Contract with Council (LSP) and the Performance Management System.

Since Action Plan 2015-2018 was approved, The City has achieved $614 million in savings, efficiencies and reductions (as of Nov. ’18) through intentional management including: