Improvements to Confederation Park, one of Calgary’s significant cultural landscapes, are well underway. Most of the work was completed in time for the Canada Day celebration however a few improvements are in progress.

Many of these improvements were identified in the Confederation Park Management Plan, which guides The City’s annual work plans for the management and maintenance of the park. In addition, Public Engagement influenced the natural play space design. Adraft concept plan was created as a result of the Public Engagement process.

Highlights of the new play space include re-imaging the original Confederation Park fort with accessible surfacing and equipment, a climbing canoe, big and small slides, swings sets and areas with water and sand to encourage all types of play.

The improvements budget is $1.1 million, with additional funding for the natural play space.

A drop-in public information and engagement session was held at the Rosemont Community Hall on Thursday, June 9. Public input was gathered at the session as well as online until July 10. View the open house display materials.

Here is a highlight of the opportunities that were available input:

Public and stakeholder feedback was compiled and reviewed, and a What we heard report was created.

On February 4, a public information session was held at the Rosemont Community Association, and information about the improvements was shared. Pleaseview the display materials for details.

A part of our history

Confederation Park was created in 1967 to commemorate the centennial of Canada's Confederation. Today, 50 years later, this park is one of Calgary's most beloved parks, visited by multiple generations of Calgarians, past and present. In early 2017, in celebration of Canada's 150th anniversary, the park was designated a Municipal Historic Resource, and will continue to delight future generations of Calgarians. Confederation Park's heritage value is from its development as one of The City's major initiatives celebrating Canada’s Centennial in 1967.​​​​​ 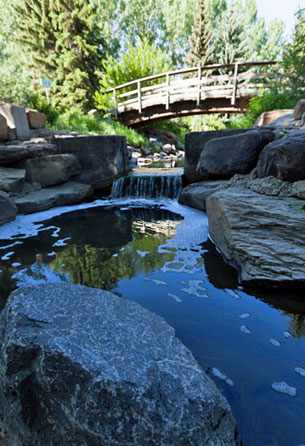