The City is developing final designs and will communicate with stakeholders as funding becomes available to implement improvements.

The City of Calgary is working to make our city more liveable by improving access and safety for all road users. The City monitors and adjusts existing bikeways based on feedback from 311 calls, citizen requests to Councilors​ and conversations with roadway users. Currently, 11 Street S.E., between 46 Avenue S.E. and Heritage Drive S.E., is a three to four lane arterial road with bike lanes north of 64 Avenue S.E. and shared-use lanes throughout the rest of the corridor, with limited cyclist connectivity. It is served by four bus routes and has limited pedestrian facilities. The corridor has been identified for review to determine how The City can improve conditions. The review area is approximately three kilometres long.

Goals for the 11 Street S.E. Corridor Improvement Project are to: 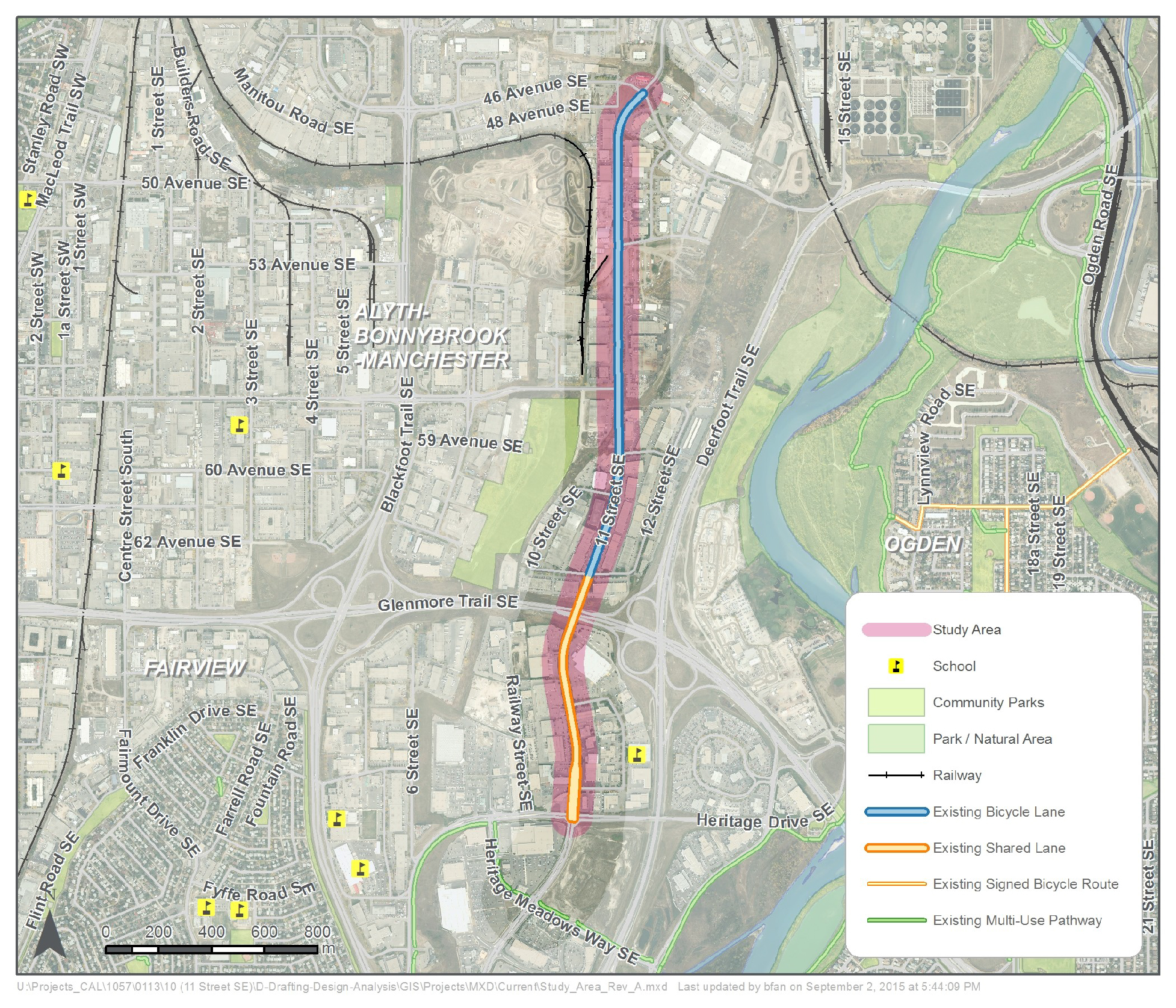 The City met with stakeholders on Wednesday, March 18, 2015 at Hotel Blackfoot to discuss the existing conditions on 11 Street S.E. and identify improvement areas. Approximately 14 people attended and heard a presentation about why the 11 Street S.E. corridor needs to be reviewed and improved, the existing conditions for all road users and some of the challenges and opportunities around the improvements. The project team and attendees discussed the possibilities for the corridor and identified concerns and potential solutions for improvements. View the meeting summary for details about what we heard.

Using the input from the stakeholder meeting, the project team identified improvements for:

More than 40 people attended the open house on Tuesday, March 8, 2016 at Hotel Blackfoot. View a summary of the input.

The City has analyzed all feedback and is developing final designs for 11 Street S.E. Because the public preferred the current configuration on 11 Street S.E. (view the input summary above), The City is looking for a cost-effective opportunity to implement improvements in conjunction with future surface overlay (re-paving) work, which is expected within two to three years. The north connections will be implemented in conjunction with the Green Line LRT, which is currently under development.

The City will communicate final plans and inform stakeholders as funding becomes available to implement improvements.