"The entire floors of corridors as illustrated on Plans including Vestibule entrances to be laid in tile work of best grade and design and colours, and in the centre where corridors intersect and directly under light well I have shown the suggestion which can be worked in tile inlaid in floor giving the names of streets and avenues as well as the points of the compass as a guide to the public on entering and leaving the building in which direction avenue or street is from building." 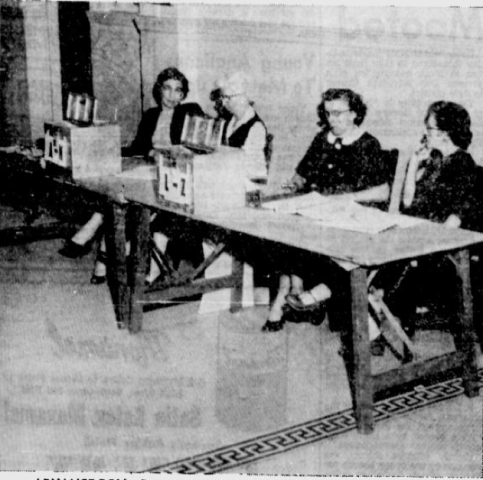 This in-laid tile compass to help with direction by the building’s users was not completed in 1911 due to cost and time delays, but was later included as part of an extensive interior renovation in the 1990s. Over time, space crunches have gradually eroded many of the public spaces originally planned by architect William M. Dodd (1872–1949), converting them into private office space. The “office hours” established by Mayor Samuel Adams (1878–1975) in 1921 may be an indication of a gradual transition of that space into an administrative space rather than a space for the public. In the early years of operation, there were complaints about City Hall's short hours that made it difficult for people to pay their taxes, vote, to purchase city lots, or get medical services. This often resulted in long line-ups in and around City Hall.

It is unusual for a building of this age to function in more or less the same way it has since opening in 1911. Historic City Hall has remained the home of Calgary’s municipal government all this time. The particularities of how civic government functions have changed—for example, in Calgary’s early years, elections were held annually, and now they occur every four years. In 1894, there were only three wards and nine aldermen; Calgary now has fourteen wards and fourteen councillors. Although the council chamber has moved to the Calgary Municipal Building, its current iteration still offers a large area for the general public to attend and be part of the process. 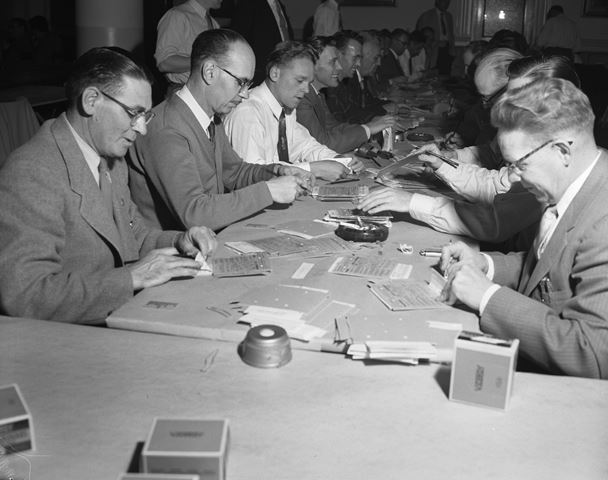 Workers in the Council Chamber count ballots for the civic election – October, 1954.

In November 1968, students march to City Hall to protest an increase in Calgary Transit System fares. Photos on this page courtesy Glenbow Archives
​​​

Like the council chamber, many of the services first provided in the original building have since moved location. With a current population of over a million people (the population of Calgary in 1911 was approximately 44,000), the service offerings have greatly expanded and can no longer fit in just one building.

What has remained is the feeling that City Hall and its surrounding site are for the people. Various public activities, ranging from celebrations to demonstrations, have taken place here over the building’s history. Noteworthy events include royal visits, Stampede celebrations, and the raising of the Olympic flag in 1984. Expressing citizens’ rights by participating in local government, there have also been a number of public demonstrations.

As the home to civic government, historic City Hall embodies the spirit of what it is to be a citizen. Voters are sometimes described as ‘taxpayers’ which they are in part, but not as ‘citizens’, a description that includes responsibilities, obligations, and rights as part of a collective. A citizen implies more of a two-way street. City Hall reminds us that we all have the responsibility to participate in civic affairs and give back where we can.

The site on which City Hall sits has always been a public gathering place. As early as 1911, there were plans to establish a public area to the south of the building. This public area has had different configurations, with the most recent built as part of the 1980s Calgary Municipal Complex. The Municipal Plaza, along with the Olympic Plaza directly across from the entrance of City Hall, form an area for various ceremonies, parades, and demonstrations to take place. City Hall remains a building for the people. 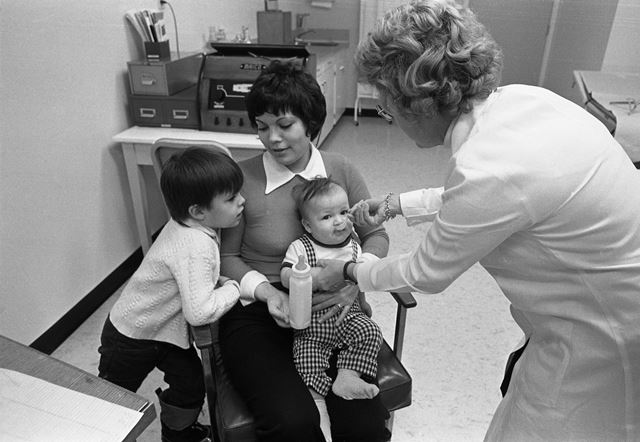 Polio immunizations underway at the City Hall clinic in November, 1973. A polio booster is administered to Jason Lee, 7 months old; Lee looks on with his mother. Photos on this page courtesy Glenbow Archives