Make sure you do what you can to stay safe and reduce the spread of COVID-19 while enjoying Olympic Plaza: 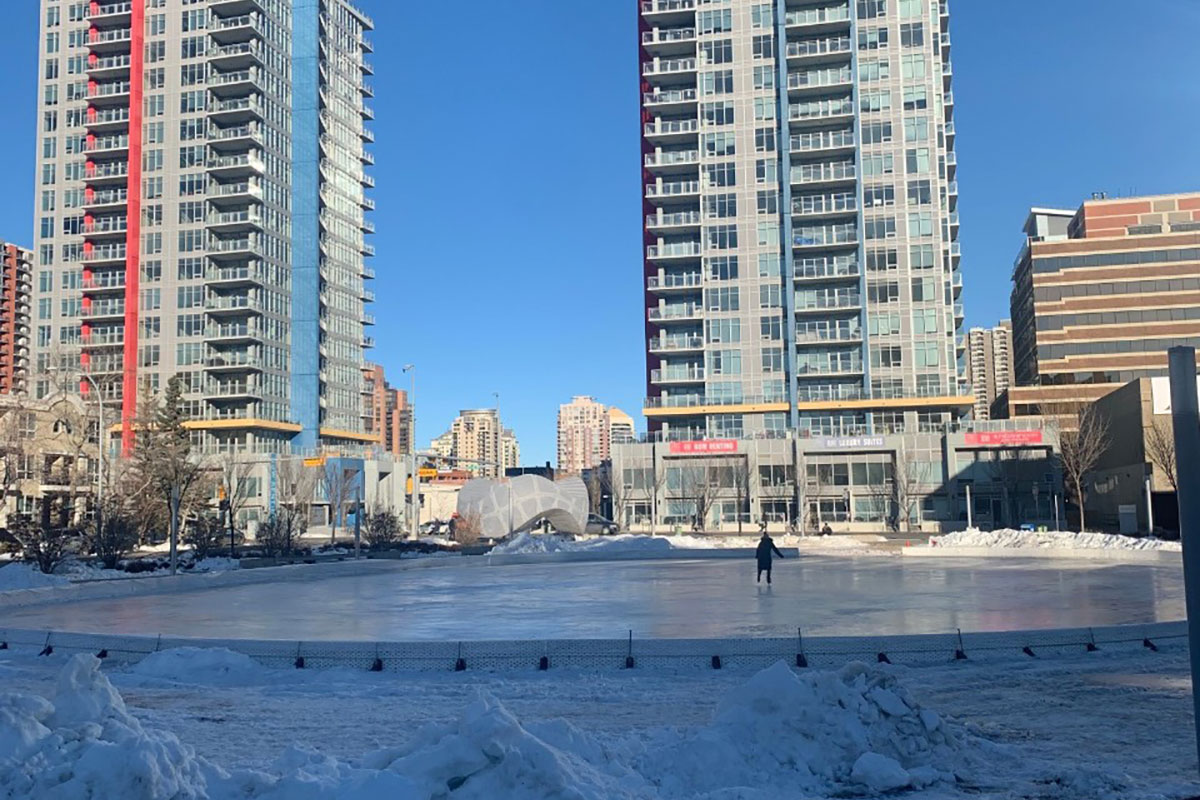 Enjoy free outdoor skating in the centre of the park. Helmets are strongly encouraged.

Chinook Arc is an interactive sculpture that was conceptualized and produced by artist team Creative Machines. It was chosen by a panel of five Calgarians, representing both the neighbourhood and the local arts community. Using colour and light, Chinook Arc allows park users to manipulate lighting sequences with the wave of a hand. The interactive and illuminated sculpture creates an identity for the park that is as unique as the Beltline district itself.

Barb Scott Park was named in honour of the late Alderman who served on Council for 24 years. Council approved the name in July 2013. With limited open space in the Beltline, this new public park is a much needed neighbourhood space for Calgarians who live and work in the area and will add to the vibrancy of the community. The illuminated public art piece, Chinook Arc, provides interest while driving down 12 avenue and serves as a beacon of light for this highly visible location.

Barb Scott Park was once the school yard of the Central High School (Carl Safran School), the building located adjacent to the park. Following extensive community consultation, it was identified that the neighbourhood park was needed for Calgarians who live and work in the beltline. Citizens indicated a desire for public art to be included in the park’s development plan. Construction began in August 2012 and due to delays from the June 2013 flood was completed in the spring, 2014.​​​​​​​​