Haultain Park is nestled in Calgary's beltline and was once the site of the two historic Haultain schools.

Haultain Park was once the site of the two Haultain Schools. The original smaller school remains and is used as the offices of Parks Foundation Calgary. 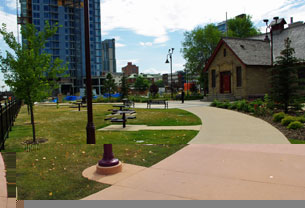 The Haultain School (originally the South Ward School) was built in 1894 and was Calgary's first sandstone school as well as the first school with electricity and running water. In 1907, a new ten-room school was built on the same site to accommodate the increased population growth. Three years later, in 1910, both schools' names were changed to commemorate the memory of Sir Fredrick Haultain, President of the Executive Council (Premier) of the North-West Territories Legislative Assembly. The larger school was eventually closed in 1962. 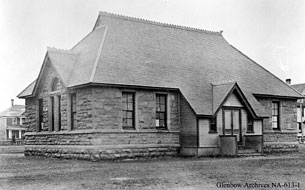