Make sure you do what you can to stay safe and reduce the spread of COVID-19 while enjoying Carburn Park:

Carburn Park is a large natural area park nestled along the Bow River featuring three man-made ponds, a regional pathway, and numerous wildlife, waterfowl and wildflowers to experience. The park reflects the preservation of wildlife habitat and ecosystem for all Calgarians to enjoy. 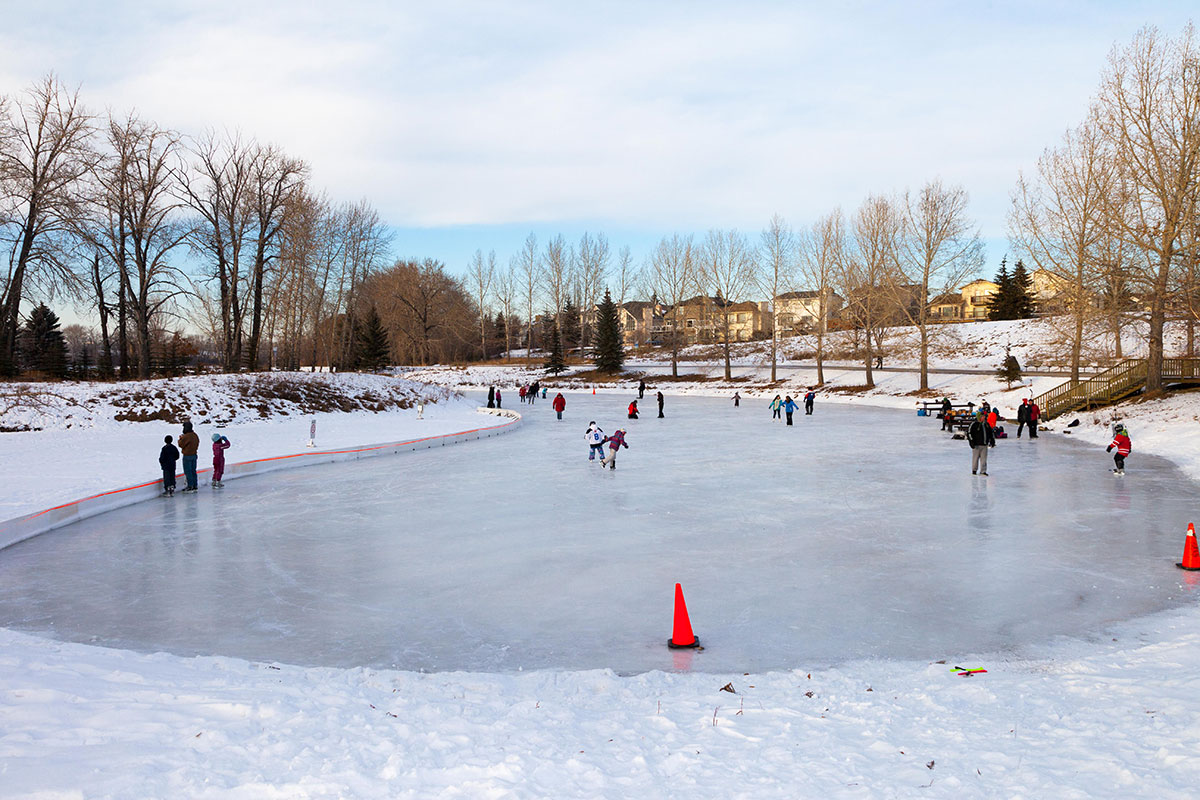 Enjoy free outdoor skating in the SE quadrant of the park. Helmets are strongly encouraged.

Carburn Park lies along the eastern shore of the Bow River and was mined for gravel in the early 1980s. The park is accessible through the community of Riverbend.

Ongoing restoration activities in the park include:

Enjoy the largest ponds in the Parks system. Although ponds by definition are usually constructed bodies of water, they compliment the park's natural surroundings. Take a stroll down one stretch of narrow nature trail and enjoy a large pond on one side and the fast flowing waters of the river on the other, providing a pleasant contrast between natural and constructed environments.

Among the trees and shrubs in the riverine forest, there are many wildflowers, including Mealy Primrose and Heal-all.

Carburn park is a great place to watch and compare the birds and other wildlife in two very different aquatic habitats. The ponds contain fish which attract a number of species of fish-eating birds including Belted Kingfishers and Great Blue Herons. In the main river channel, diving ducks such as Common Goldeneye and Buffleheads are often sighted.

Carburn Park was once part of Senator Patrick Burns' vast prairie empire and at one time was the right-of-way for a railway line that was to have run between Calgary and Montana.

Carburn Park was created in the 1970s; the name comes from "Carburn Aggregates," the name of the company from whom much of the land was acquired and who constructed the ponds.

The upper part of the park is situated on the Porcupine Hills Formation bedrock, which is exposed along the escarpment, but most of the parkland is on deposited river gravel. Some of this gravel was mined and the remainder landscaped into its current form.

European uses of the land were restricted to ranching, gravel mining and a pipeline right-of-way which runs through the middle of the park.​​​​​​​​​​​​​​​