Each spring in Calgary and in Canada, children fall from windows at home. These accidents often result in a 911 call and sometimes hospital admission.

Working in partnership with a local pediatrician and the National Research Council (NRC), we are requesting changes to the National Building Code. We propose that second storey windows of a new home should have either:

The building code would still require a bedroom egress window for emergencies. In our proposed changes, a second storey window (or higher) can open unrestricted if the window sill is at least 900mm (about 3 feet) above the floor.

What you can do in existing homes

Window screens do not prevent falls.​ 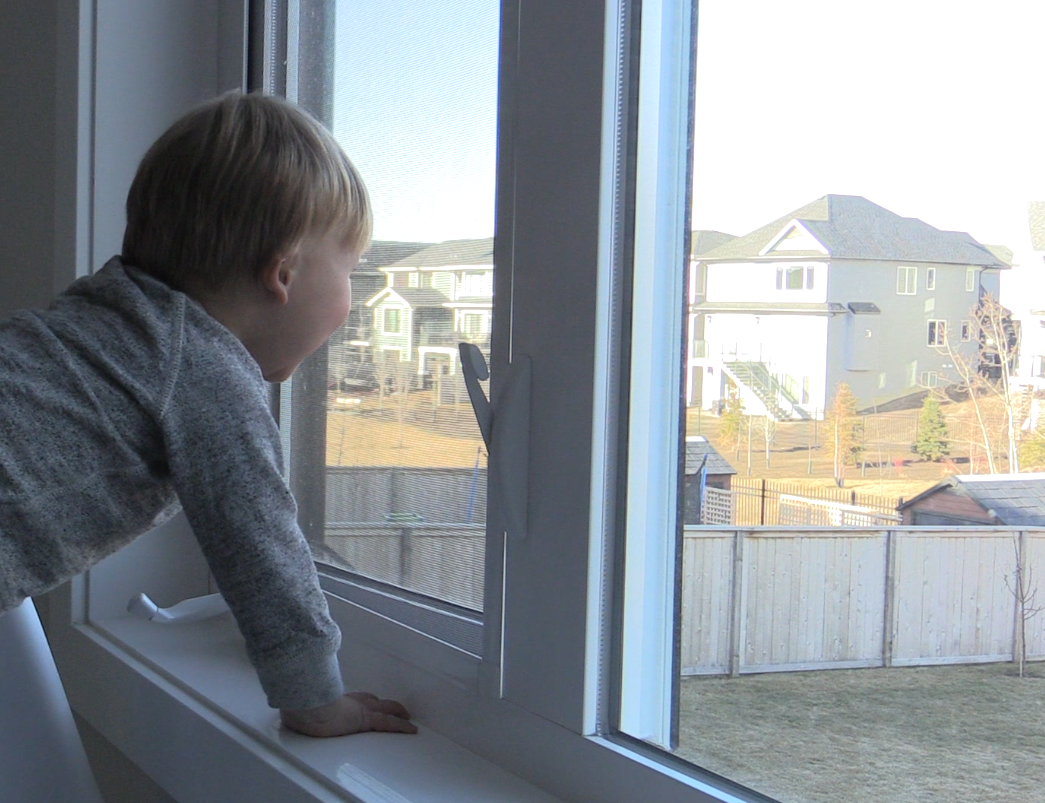