Humpy Hollow is a small fenced park beside the Catholic Pastoral Centre and is now home to the historic McHugh House.

The historic McHugh House is preserved at Humpy Hollow Park. The house is one of the ten oldest houses in Calgary, built in 1896 and donated to The City of Calgary in 2014. The house was originally built for John Joseph McHugh, one of three brothers originally from Ottawa who were prominent Calgary pioneers and ranchers. The house is an early, rare, and intact example of Queen Anne Revival-style architecture in Calgary. The City is restoring the house and Parks is currently exploring opportunities for future use.​​​​​​​​

Humpy Hollow Park was named in 1976 through a contest run by the Calgary Activettes Club (a local women's social and charitable group). The contest evaluated names suggested from local school children and the name was chosen for the geographical humps and hollows of the existing site. Despite concerns, The City approved the winning park name, and nearly 45 years later we are still using Humpy Hollow Park to identify the park space. 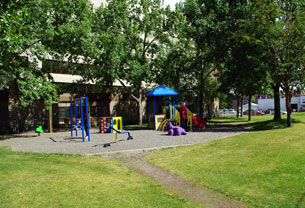 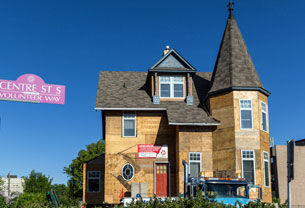