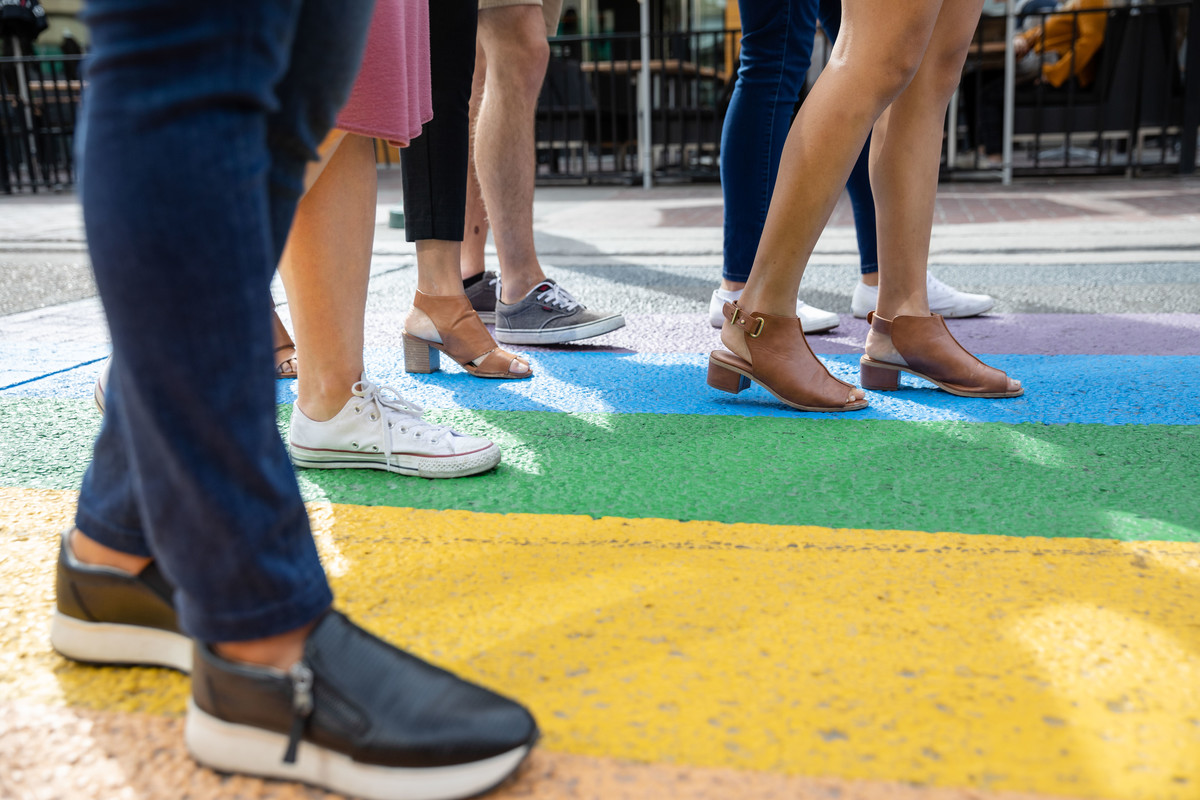 Calgary's Community Downtown Strategy Snapshot: How are we doing?

The downtown Calgary snapshot is a graphic report updated quarterly based on current statistics, research and measures and offers a one-stop glance at how we are doing with our economic recovery efforts.

High Park is a new rooftop public park and event space in the Beltline serving as an exciting destination for residents and visitors to the city alike. Built on top of a parkade, the park imagines the under-utilized rooftop of the City Centre Parkade as public space. The park features a boardwalk, lined with a series of colourful parklets that encourage socially distanced outdoor get-togethers. High Park was developed in partnership by the Beltline Neighbourhoods Association, the Calgary Parking Authority, Public City Architecture and the Beltline Urban Mural Project, with funding from The City of Calgary’s Beltline Community Investment Fund.

LodgeLink Inc., a digital B2B workplace travel platform that efficiently connects service providers to businesses seeking workforce logistics management, is receiving up to $3 million from the Opportunity Calgary Investment Fund (OCIF). This investment will support an expected 300 new tech jobs over five years in Calgary. Along with the 300 tech jobs associated with OCIF support, which will include roles in software development and systems/data analytics, LodgeLink expects to hire another 300 non-tech positions in Calgary.

The City of Calgary and the Calgary Downtown Association have partnered, along with other groups like Tourism Calgary and Alpha House Society, to create a Downtown Ambassador pilot for the area around City Hall and Stephen Avenue. Downtown Ambassadors have been connecting Calgarians and visitors to information on services, places and supports in the downtown since September. The primary focus for the ambassadors has been outreach, safety, cleanliness, while providing a presence to the area. The Downtown Ambassador program was initiated through The City’s 9 Block Program, an initiative to improve safety and vibrancy in the area surrounding City Hall.

The area around Fort Calgary has been transformed into the East Village Nordic Loop a one kilometre-long, groomed cross-country skiing loop. Calgary Municipal Land Corporation, Fort Calgary and the Foothills Ski Club are grooming this downtown and Bow River adjacent loop throughout the winter to give Calgarians a socially-distanced workout space, in the heart of Calgary’s centre. Bring your own skis and make use of the onsite waxing station before hitting the trail.