Shouldice Park, in northwest Calgary, is a combination of a major athletic park and relaxing neighbourhood park all in one and surrounds the Shouldice Aquatic Centre and Shouldice Arena.

This playground sets a new standard for inclusive play through its imaginative and accessible spaces where children of all abilities can enjoy sport and play together. 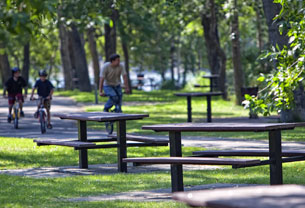 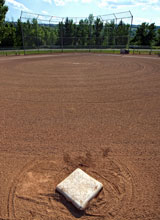 Shouldice Park is a major athletic park with soccer fields, baseball fields, and tennis courts available to the public for booking.

Shouldice Park is named after James Shouldice, an early pioneer who donated the land to The City on the condition of it becoming a park. James and his wife, originally from Ontario, settled in the Gleichen area before moving their 470 acre farm west of Calgary. The farm was first known as Shouldice Terrace then as Montgomery. The land sat untouched for 40 years after James' death in 1925 until being developed into a park in the late 1960s.​​​​​​ 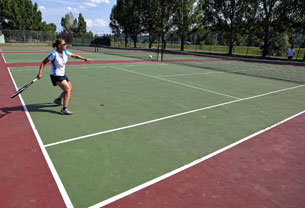