The City will fly flags on a temporary basis to mark special occasions. The flags will be raised on the courtesy flagpole on the Municipal Complex Plaza from sunrise to sunset.

Flags of nations, recognizing Calgary's ethnic and cultural diversity, may be raised on its national day, one time per year.

Flags of charitable or non-profit groups may be raised to celebrate a special event.

The half-masting of flags is a well-known procedure to honour or express a collective sense of remembrance or sorrow.

In accordance with the Flag Policy, The City will lower flags for annual occasions and to mark significant events.

The annual occasions, as set by the Government of Canada are as follows:

The City will also lower flags for the following significant events:

The Calgary flag symbolizes harmony between Calgary and the hospitality and spirit of her people. Cowboy hats have been worn with pride by Calgarians. The white Stetson is an iconic symbol of the city. The letter "C" represents Calgary, but also signifies the character, change, culture and charm that has become synonymous with the Calgary community. The colours red and white represent the vibrancy of Calgary's growth.

To buy a Calgary flag, please contact a flag vendor in your community. The City does not have flags available for sale.

Disposal of flags and folding flags: visit the Government of Canada.

The City of Calgary Crest

The City of Calgary’s official crest was chosen through a contest sponsored by the Calgary Herald newspaper and officially adopted by City Council in March 1902.

The upper third of the crest displays a setting sun above a mural crown (a symbol of loyalty).

The top of the shield is another sun, this one setting behind the majestic Rocky Mountains.

The lower two-thirds of the shield bears the cross of St. George (the patron saint of England) and the Canadian maple leaf, which is inset by a bull buffalo (the former master of our region).

The shield is supported on either side by a horse and a steer, representing the city’s roots in agriculture.

Below the shield are the leek of Wales, the shamrock of Ireland, the rose of England and the thistle of Scotland. All reference the ancestry of the majority of early settlers to the region.

Under the scroll the Union Jack, signifying our relationship with the British Commonwealth, and the Red Ensign, Canada’s flag until 1965.

A simplified version of the crest is part of The City of Calgary corporate logo.

Designed by Donna Buie of Cochrane, Alberta, the St. Andrew-Caledonian Society of Calgary​  presented Calgary with its own tartan which was approved by City Council on July 14, 2003.

Red – a Calgary colour from the North West Mounted Police.

Blue – for Calgary’s rivers, the Bow and Elbow.

Yellow – for the prairie and wheat fields that are found to the east.

Grey – for the Rocky Mountains to the west.

Black – for the oil and gas industry which has made Calgary prosper.

White – represents Calgary’s pride in, and the symbolism of, the White Hat.

The tartan is an official and registered symbol of Calgary that any person can wear any way they choose, whenever they like and wherever they like.

Calgary’s floral emblem is the Anemone Pulsatilla Rubra, more commonly known as the Red Pasque Flower. It was selected as the result of a city-wide survey conducted by the Calgary Horticultural Society and was officially adopted by City Council on July 2, 1991.

The Red Pasque Flower is a perennial that begins to bloom in early spring, typically around mid-April. This colourful plant requires full-sun to part-shade and thrives best in well-drained soil. Its low profile makes it ideal for growing in rock gardens and perennial borders.​

Commissioned by the Calgary Chamber of Commerce, with assistance from Petro-Canada, to commemorate the 100th Anniversary of Calgary’s incorporation, it was created by Henry Birks & Sons Ltd. and presented to Mayor Ralph Klein on January 12, 1985.

The Chain is entirely hand engraved on sterling silver. Mounted on a supporting collar of dark blue gros-grain ribbon and made up of ten medallions which support the City crest pendant at the front.

Pipes – a traditional plains design representing the indigenous tribes who first inhabited the area. The pipes also represent the idea of meeting with the Mayor and Council.

Pumper and Derrick – representing the oil and gas which form the foundation of Calgary’s economy.

Wheat Stalks and Brands – representing the grain and ranching which were cornerstones of Calgary’s initial prosperity. The brands are those of the “Big Four” and the Calgary Stampede.

Buffalo Head – representing the prairie and foothills upon which Calgary grew. The Buffalo Head is also the central element in the Coat of Arms of the Mounted Police who founded Fort Calgary in 1875.

The individual medallions are:

The Provincial Coat of Arms - acknowledging the Province of Alberta as grantor of authority to the Mayor and to the Corporation.

The Olympic Rings - signifying Calgary’s status as an Olympic City and host to the 1988 Winter Olympic Games.

The medallions are supported and spaced by connectors representing Canada’s maple leaf and the Alberta wild rose, floral emblem of the province.

The Chain marks the wearer as the first citizen and a person of some importance. It does not function as a legislative “mace” and, in fact, has no legislative status whatsoever.

The Chain should only be worn by the current Mayor for formal, ceremonial occasions (greeting dignitaries, opening or dedicating facilities and swearing-in ceremonies), all formal portraits, individually or in a group, and any formal, non-political occasion.

Following a national contest held in 1986, City Council approved an original tune composed and written by Barry Bowman and Tom Loney. Neighbours of the World is the official song of Calgary.

To listen to a recording of the song, please click below:

The City of Calgary holds copyright to both versions of the song Neighbours of the World.

A new beginning for you
Treasure all the time you spend
Calgary is your journey’s end
Come now, now, now, now

Hey, tell all the world
This, this is our finest year
You’ll find your tomorrow’s here
You’ll find it here today

Reach out, let’s make a bridge
Take the hands of your brand-new friends
Share the feeling that never ends
We’re neighbours of the world 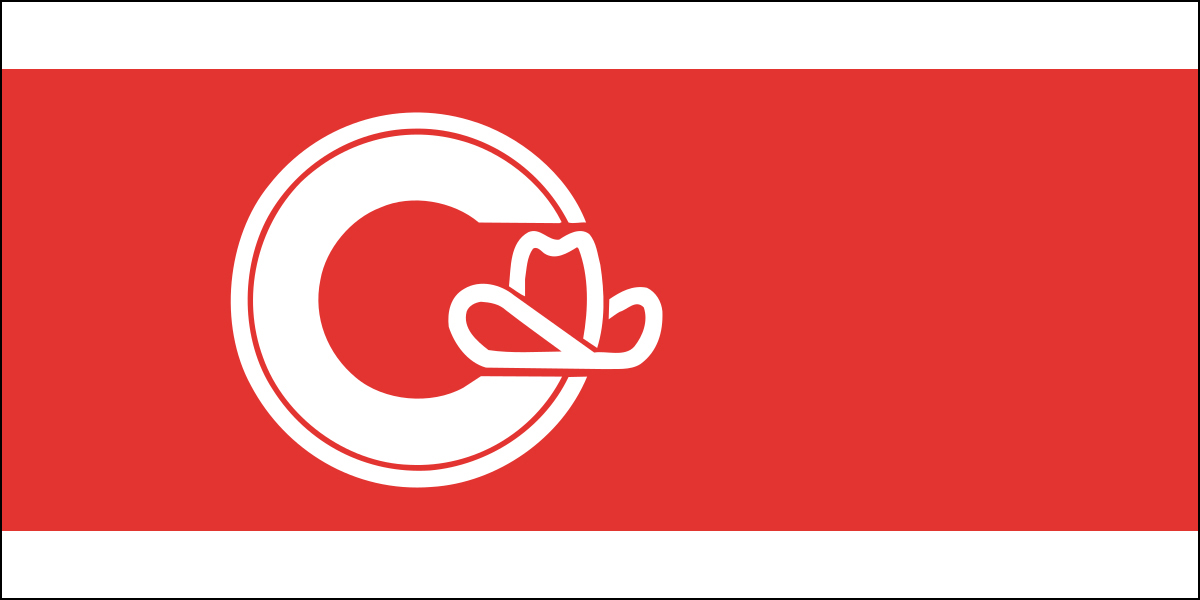 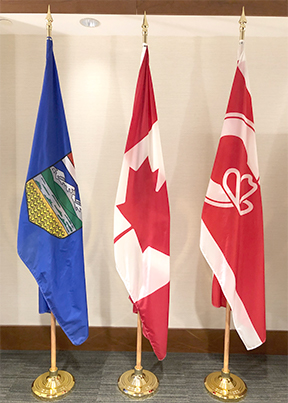 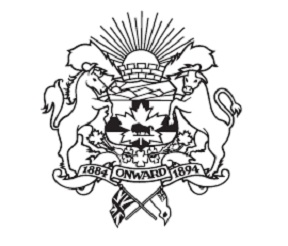 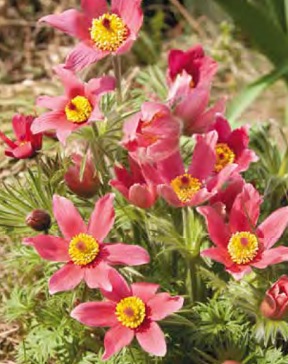